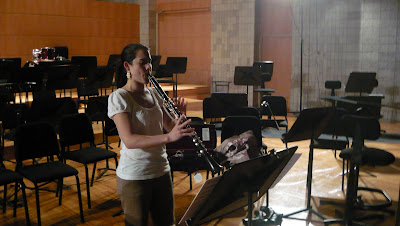 At the invitation of Gerardo Tornero of The Recording Consort, Robles' "Fantasía para Clarinete solo sobre una Canción Folklórica Costarricense" is being recorded at Casa de la Música in Quito, Ecuador.  Ana Catalina Ramírez, who premiered the piece, is in charge of performing duties for the album.

The CD will also include solo works from the standard repertoire, as well as pieces by other living composers from the Americas.